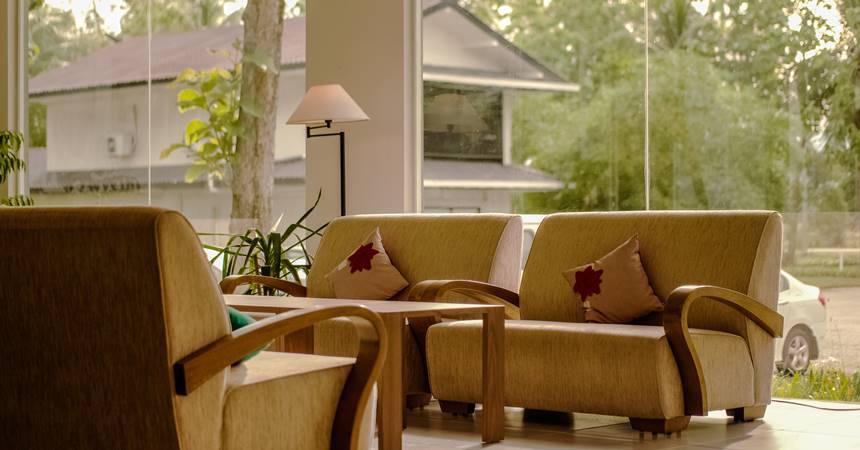 Shade sails are quite popular in sunny and hot countries like Australia. They make great additions to a house’s or building’s exteriors but adding an aesthetically pleasing appeal, and at the same time serve a very important function when it comes to protecting one’s self from the sun.

Accordingly, the use of shades and awnings date back to the ancient periods, but the actual shade sail is said to have started in Australia more than 30 years ago. It has become an Australian icon which is just as popular as the kangaroo.

There are many benefits when you decide to install a shade sail on your house or building, and below are some of them: 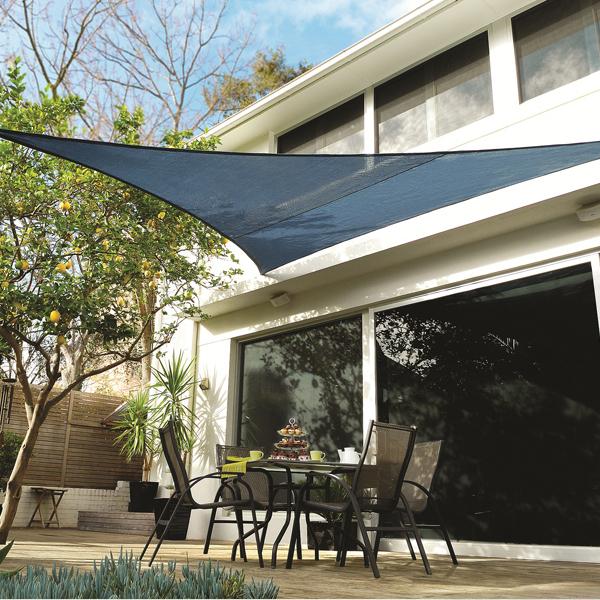 Shade sails allow one to relax in their garden without having to endure the hot sun. Coolaroo Charcoal Extreme Traingle 3.6m Shade Sail from Gazebos Australia

The reasons why people use shade sails can vary. For those who are pro-environment though, shade sails do not just protect people, but the environment as well.

The first environmental benefit of shade sails is that they offer a cost effective alternative to pergolas and verandahs. These structures require a lot of raw materials in their construction like wood for instance. The world is well-aware of the decreasing number of trees, with building construction being one of the main culprits.

According to the facts presented by Plantations 2020, it is forecast that Australia will have to import its wood resources from other countries in the future due to shortages in the supply of wood and sawn timber products, as well as other wood by-products, an act which will significantly increase Australia’s wood product trade deficit which is presently over $2 billion as of this writing. You can read more about the report from this link. Just imagine how much wood and sawn timber and trees can be saved by reducing the need for construction wood.

Quick Fact: Majority of the sawn wood imported by Australia comes from New Zealand, with over 400,000 m3 imported back in 2002. However, the latest report from the Australian Bureau of Agricultural and Resource Economics and Sciences show that Europe is becoming one of the major wood source of Australia, as it delivered over 300,000 m3 of sawn wood to the country as compared to New Zealand’s more or less 250,000 m3.

As most shade sails are made from lightweight yet sturdy materials, they can sometimes do away with the need for supporting structures like posts and beams, which in turn cuts down the production process of wood and steel. This lessens the negative effects and impact of manufacturing on the environment. 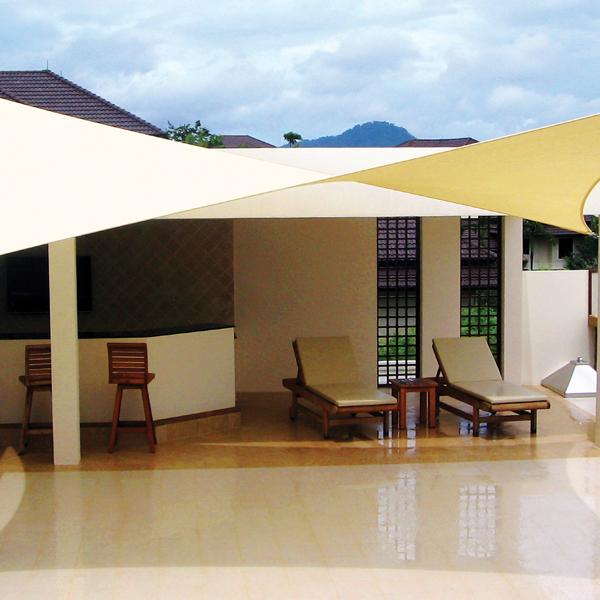 Shade sails make a great extension to your house – and it is cheaper than a permanent roof or awning. Coolaroo Desert Sand Extreme Square 5.4m x 5.4m Shade Sail from Gazebos Australia

Furthermore, the material with which shade sails are made of is mostly 100% recyclable and thus reduces the amount of rubbish that is produced.

The second reason why using shade sails is an environmentally good idea is that it reduces the need for use of air conditioning systems.

Australia is one of the hottest places on earth, especially in the desert regions and in the month of February according to Current Results. In addition, much of the hottest cities and towns in Australia are located in the Northern Territory and Western Australia. It is no wonder then that most Australian households have an air conditioning unit installed in them, with the numbers seen to rise higher in the future.

However, the wonderful cooling effect brought by air conditioning systems does not come without a price.

During peak days – that is when the temperature is at its hottest – energy consumption increases many folds for both residential houses and commercial buildings. On such days, most people turn on their air conditioners at the same time which then causes massive strain on Australia’s power grid.

If left uncontrolled, this will only lead to higher electricity charges and in the end, most air conditioning units at home will not be utilised simply because the owners would choose to deal with the heat brought on by the sun rather than by the electricity companies as mentioned by solar energy advocate Nick Brass in Energy Matters (2013).

In line with this point, as the demand for electricity and consumption goes up, one can also expect increasing levels of green house gas emissions which can have massive detrimental effects on the ozone layer and climate change. 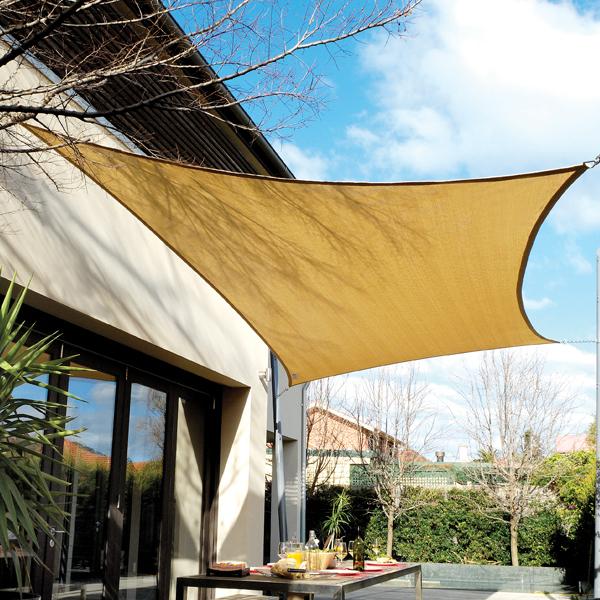 There are many ways to combat the negative effects brought about by the use of air conditioners, one of which is by minimising its use or completely doing away with it, which is possible with the installation of shade sails in homes and offices.

Homes and buildings constructed and designed with shade sails are less likely to use their air conditioning units simply because it allows for the free flow of natural air (due to the permeable material they are made of) into the house and building, at the same time providing natural lighting which also lessens the electricity usage and utility cost.

The same is true during winter season when the weather turns cold. Houses and buildings usually turn on the heaters in order to warm themselves and their establishments, which when they do all at the same time would put the same amount of strain on the power grids much as they do when they turn on their air conditioners in summer.

Unlike permanent roofs and awnings, shade sails can be taken down during winter time in order to let the sun come in, which should do a great job in warming the house or office and thus reducing the need for heaters.

Shade sails are pretty great installations both at home and at the office. Having a shade sail does not only help keep you safe from acquiring sun-induced diseases (skin cancer, melanoma, etc.), it also adds a spectacular view to your exterior whilst decreasing the amount of damage to the environment.

Check out the following pictures and see how shade sails are utilised not only in Australia but around the world. 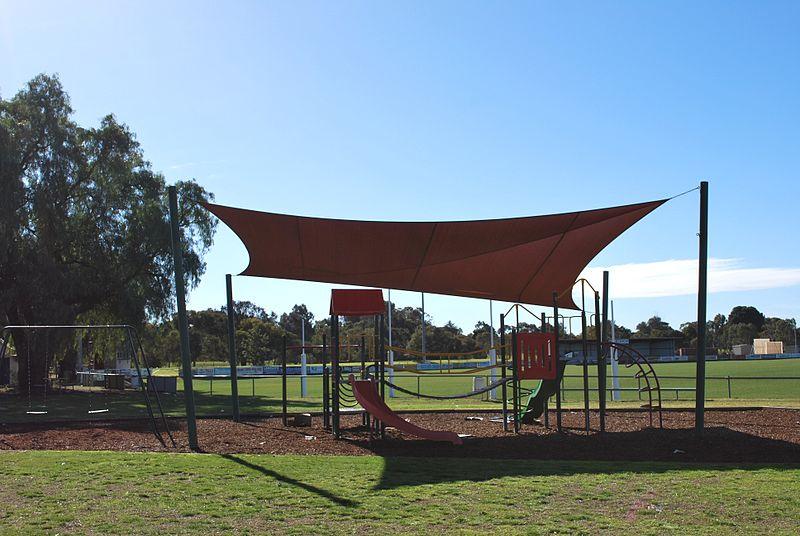 Even schools make use of shade sails to protect the students. “Barooga Football Ground and Playground” by Mattinbgn is licensed under Attribution-ShareAlike 3.0 Unported (CC BY-SA 3.0) 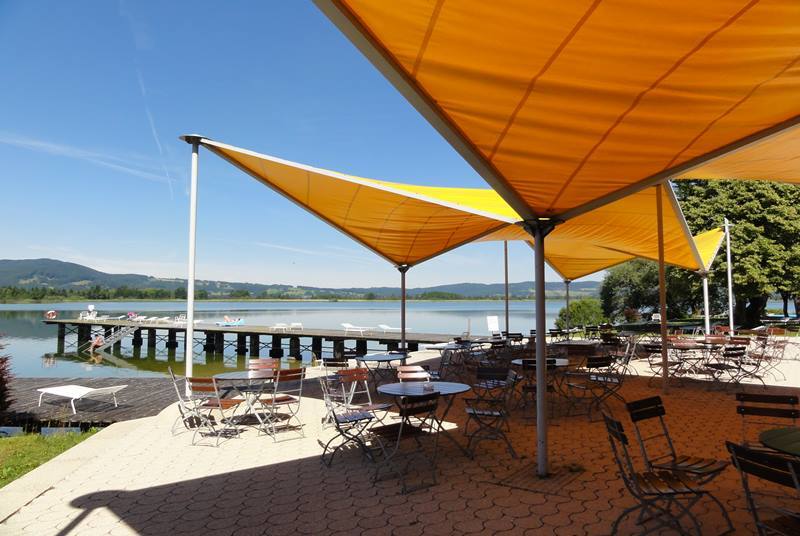 Restaurants can expand the number of customers they can accommodate by making use of shade sails. “Kochel am See – Trimini-Schwimmbad, Badesteg und Cafeteria” by Mattes (commons.wikimedia.org) Public Domain
Establishments like resorts use shade sails as part of their exterior decorations. “Ayers Rock Resort” by Corey Leopold on Flickr is licensed under Attribution 2.0 Generic (CC BY 2.0) 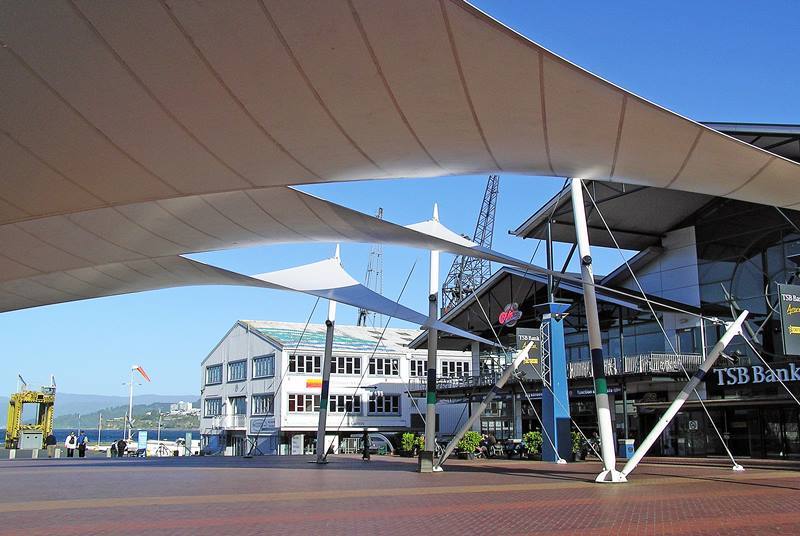 Even local governments and private institutions install shade sails for the convenience of local citizens and foreign travellers. “Queens Wharf of Wellington Harbour” is licensed under Attribution-ShareAlike 3.0 Unported (CC BY-SA 3.0)

So you’ve got the entire weekend to spend with your family? Time for a picnic! But where can you go?…

There is no singular secret to running a widely-successful market stall. If you frequent Gazebo Australia’s Market Stall Guides, then…

You may think that you are well past your years of sitting in a classroom and listening to lectures. But…

Need help figuring out how to create a welcoming, relaxing space in your back garden? A patio and shade sail…

A Shade Sail is a wonderful replacement for pergolas, verandahs, and even umbrellas. Made with UV-treated material, it serves as…

Yes, it could seem a little strange that a store specialising in portable shade and shelters now sells Pet Beds too!…
Product successfully added to your Shopping Cart
Continue Shopping
Proceed to Checkout
Your Wishlist is empty!
Product added to Wishlist